THIS WEEK IN HISTORY: MURTALA MUHAMMED

General Murtala Ramat Muhammed (1938-1976) was born on November 8, 1938, in Kano State. He started his education at Cikin Gida Elementary School which was inside the palace of the Emir of Kano. He then transferred to Gidan Makama primary school which was located just outside the palace. He continued his education at the Kano Middle School (now Rumfa College, Kano) in 1949, before attending the famous Government College, Zaria (now known as Barewa College), where he obtained his school certificate in 1957. While in Barewa College, Murtala Muhammed was a member of the Cadet Corps and was captain of shooting in his final year. He obtained a school leaving certificate in 1957 and applied to join the Nigerian army in the same year.

Murtala Muhammed joined the Nigerian Army in 1958. He spent short training stints in Nigeria and Ghana. He then was trained as an officer cadet at Sandhurst Royal Military Academy in England. After his training in 1961, he was commissioned as a second lieutenant and assigned to the Nigerian Army Signals that same year, later spending a short stint with the No. 3 Brigade Signals Troop in Congo. In 1962, Muhammed was appointed aide-de-camp to M. A. Majekodunmi, the federally-appointed administrator of the Western Region. In 1963, he became the officer-in-charge of the First Brigade Signal Troop in Kaduna state. That same year, he travelled to the Royal Corps of Signals at Catterick Garrison, England for a course on advanced telecommunications techniques. He returned to Nigeria in 1964 and was promoted to major and appointed officer-commanding, First Signal Squadron in Apapa, Lagos.

In November 1965, Murtala Muhammed was made acting Chief of Signals of the Army. During this period, some majors who were planning the January 1966 coup recruited troops from the signal unit without the knowledge of Murtala Muhammed. They assassinated leading politicians and military men from the Northern and Western regions. Notable among the casualties were the Prime Minister, Abubakar Tafawa Balewa, Premier Ahmadu Bello, Premier Samuel Ladoke Akintola and a host of others. Subsequently, new military postings made by the new leader brought a lot of discomfort to the North. In a bid to pacify the Northerners, Murtala Muhammed was promoted to Lieutenant Colonel in April 1966. He was also made the Inspector of Signals and was posted to the Nigerian Army Headquarters, Lagos.

Murtala Muhammed opposed the regime of Johnson Aguiyi-Ironsi, which took power after a coup d’etat on 15 January 1966, the first coup d’etat in Nigeria’s history. Johnson Aguiyi-Ironsi, as General Officer Commanding (GOC) of the Nigerian Army, brought peace back to the country after the coup by imprisoning the coup plotters and intimidating the federal cabinet into handing over the helms of government to him. However, many northerners saw this and the reluctance of Johnson Aguiyi-Ironsi to prosecute the leaders of the coup d’etat and the fact that the army was giving exceptional privileges to the coup plotters, as an indication of Johnson Aguiyi-Ironsi’s support for the killings. They deemed the coup a conspiracy targeted at getting Johnson Aguiyi-Ironsi into power. Consequently, northern politicians and civil servants mounted pressure upon northern officers such as Murtala Muhammed to avenge the coup. They demanded a counter-coup. Also, the promulgation of Decree No. 34 restructuring Nigeria from a federal constitutional structure to a unitary structure raised suspicions among the Northern officers. In light of this, Murtala Muhammed and a few others began to contemplate the separation of the Northern region from the other regions of the country.

On the night of 29 July 1966, northern soldiers at the Abeokuta barracks mutinied, precipitating a counter-coup, which may very well have been in the planning stages. A group among the officers supported secession and thus gave the code name of the coup Araba meaning ‘secession’ in Hausa. However, after the success of the counter-coup, a group of civilians including Chief Justice Adetokunbo Ademola and a few others convinced the plotters, which included Murtala Muhammed, about the advantages of a union. The counter-coup led to the installation of Lieutenant-Colonel Yakubu Gowon as Supreme Commander of the Nigerian Armed Forces, despite the intransigence of Murtala Muhammed who wanted the role of Supreme Commander for himself. However, since Lieutenant-Colonel Yakubu Gowon was militarily his senior, and finding a lack of support from the British and American advisors, Murtala Muhammed succumbed. Supreme Commander Yakubu Gowon rewarded him by confirming his ranking (he had been an acting Lieutenant-Colonel until then) and his appointment as Inspector of Signals. The acceptance of Gowon as the Head of State was however not supported by all the key military leaders, in particular, Odumegwu Ojukwu, who was the military governor of the Eastern Region.

General Murtala Muhammed attended the Joint Service Staff College in England between 1970 and 1971. His supervisor described him as someone who had ”a quick agile mind, considerable ability and common sense. He holds strong views which he puts forward in a forthright manner. He is a strong character and determined. However, he finds it difficult to moderate his opinions and finds it difficult to enter into debate with others whose views he may not share”. After the war, he was promoted to brigadier-general in October 1971. Afterwards, he was involved in routine activities within the signals unit of the army. Regardless, he also disagreed with some of the policies being pursued by General Yakubu Gowon.

On 7th August 1974, the then Military Head of State, General Yakubu Gowon appointed him as the new Federal Commissioner for Communications, a position which he combined with his military duties as Inspector of Signals at the Army Signals Headquarters in Apapa, Lagos. He was to oversee and facilitate the development of cost-effective communication infrastructures in Nigeria during the oil boom. After the war and after he took power as head of state, General Murtala Muhammed started the reorganization and demobilization of 100,000 troops from the armed forces.

On 29th July 1975, General Yakubu Gowon was overthrown while attending the 12th summit of the Organisation of African Unity (OAU) in Kampala, Uganda. General Murtala Muhammed took power as the new Military Head of State. Brigadiers Obasanjo (later Lt. General) and Danjuma (later Lt. General) were appointed as Chief of Staff, Supreme HQ and Chief of Army Staff, respectively. In the coup d’état that brought him to power, General Murtala Muhammed introduced the phrases “Fellow Nigerians” and “with immediate effect” to the national lexicon. In a short time, General Murtala Muhammed’s policies won him a lot of support from, the masses, and his decisiveness elevated him to the status of a folk hero.

While in power, General Murtala Muhammed made several changes, some more drastic than others. He took federal control of Nigeria’s two largest newspapers – the Daily Times and New Nigerian. Consequently, all media in Nigeria was now under federal control. He also took federal control of the remaining state-run universities. Towards the end of 1975, General Murtala Muhammed’s administration implemented a mass purge in the Nigerian civil service. The civil service was viewed as undisciplined and lacking a sense of purpose. A retrenchment exercise was implemented as part of a strategy to refocus the service. However, because of the drastic nature of the purge, allegations that malice and revenge were used by heads of department in deciding who got retrenched surfaced, and little to nothing was done to scrutinize the details and reasons staff were disengaged. On 3rd February 1976, the Military Government of General Murtala Muhammed created new states and renamed others. The states he created include Bauchi, Benue, Borno, Imo, Niger, Ogun, and Ondo states. This brought the total number of states in Nigeria to nineteen in 1976. He also put in place plans to build a new Federal Capital Territory due to Lagos being overcrowded. He set up a panel headed by Justice Akinola Aguda, which chose Abuja as the new capital ahead of other proposed locations. Also, in a bid to curb inflation and protect the economy, General Murtala Muhammed announced that his government would encourage the rapid expansion of the private sector into areas previously dominated by public sector corporations.

On Friday, 13th February 1976, General Murtala Muhammed was assassinated on his way to work in his black Mercedes Benz Saloon car alongside his aide-de-camp, Lieutenant Akintunde Akinsehinwa. The assassination was part of an attempted coup led by Lt. Col Buka Suka Dimka. He died at the age of 37, after spending less than a year as the Military Head of State. He was succeeded by General Olusegun Obasanjo. 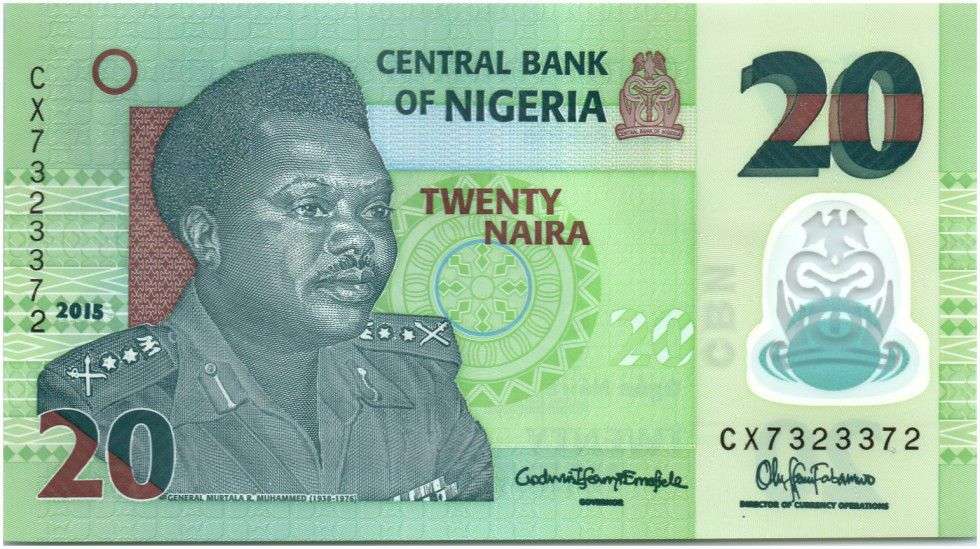 Today, several years after his demise, General Murtala Muhammed’s portrait is displayed on the Twenty Naira note. The Murtala Muhammed International Airport, Lagos; Ramat Specialist Hospital, Umuahia and Ramat Park, Benin are all named in his honour. The Mercedes Benz he was driving before he was assassinated is displayed as an artefact at the National Museum, Lagos.

Temzy’s Tech Corner: How to Make Your Next PowerPoint Presentation Lit (Part 2 Of 3)