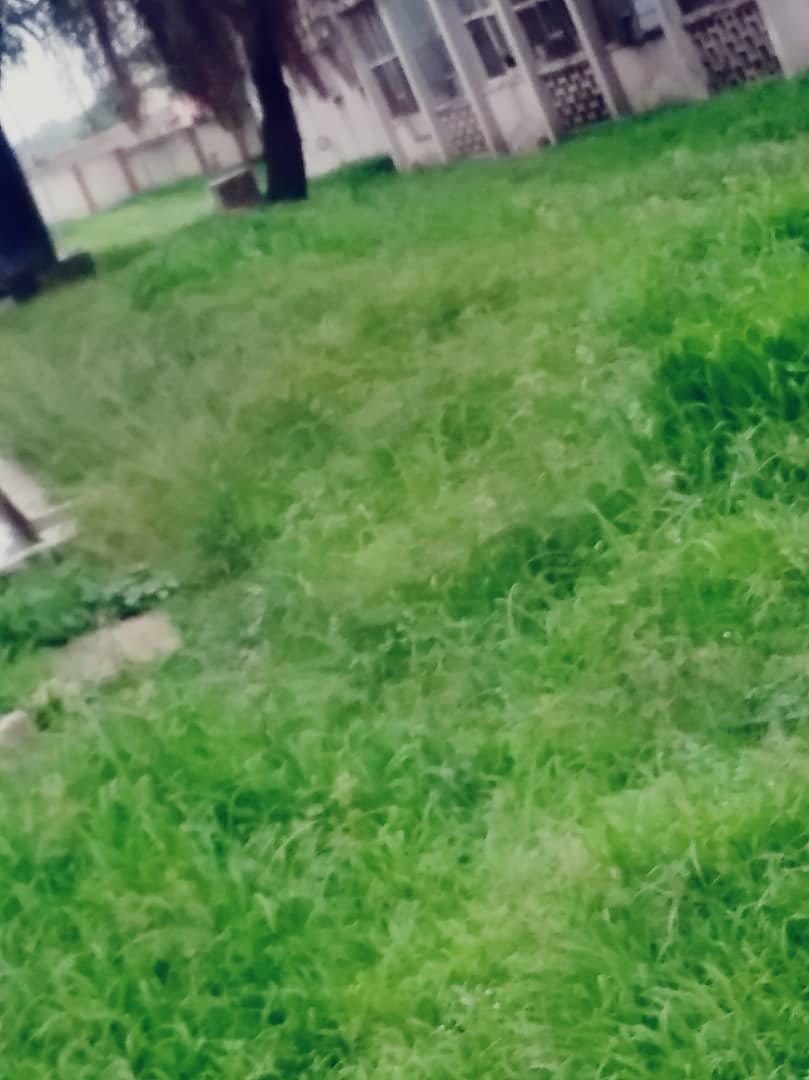 The overgrown lawns in the Alexander Brown Hall are finally being taken down. “Winter” probably undermined the beginning of the rainy season. But the rapidly sprouting grasses and weeds within the hall were quick pointers. Greeting you on entry would be the overgrown lawns opposite the Porters’ station and close to the most important water tanks in the Hall. It also appeared that every block also had their own bush problem, occluding the path to the lines for spreading clothes, particularly the ones opposite B-block.

Lamenting about the overgrowth, a concerned cleaner stated her fears that the occupants of D block might soon begin to have snake problems. Considering the population of rats in the area, it was not far from from the truth that snakes could be lurking.

Members of various blocks also murmured about the presumed neglect of the lawns. Considering the incessant blackouts, these worries could be justified as paths could not be seen.

The Hall soon considerably commenced clearing manually. We were able to gather from one of the gardeners that the lawn mowers had mechanical problems so they had to resort to the use of cutlasses. With just two persons doing the job, it was significantly slow.

Thankfully, the lawnmowers are now available for use and hopefully, we won’t fear monkeys scaling our fence.

Nigeria has too many doctors – Chris Ngige