FCR, ABH – On Saturday, the August 4, the student arm of the Christian Medical and Dental Association (CMDA) held her annual finalist induction programme. The event was meant to induct the “latest doctors in town” (the 2014 medical set-finalists) into the doctor’s arm of the association. The programme was held at FCR hall, Alexander Brown Hall.

Although the event kicked off slightly late, it kicked off on a high note. The programme started at about 10.25 am for a programme slated for 10am. Not too late, not too early. Host of the programme was Mr Utang Wilson. There was a short praise and worship session held by the host. The opening prayer followed shortly after, it was also taken by the host of the event. As at that time, the hall was not even half full. Welcome address was given at around at 10.30am by The President of the Association, Sister Abigail. She spoke about the purpose of the programme which was to induct them into the doctor’s arm of the association. She also said that questions are welcomed in case clarifications are needed.

The guest speaker, Dr Esan, a consultant psychiatrist at the University College Hospital was then welcomed onto the high table. Sharing of testimonies was the next item on the list, several inductees gave thanks to God for seeing them through their journey in Medical school, how thankful they are for all the friends they made, how God brought through despite all obstacles. Next was the speech of the Guest speaker; during his speech he reflected on his journey through school. His speech was centered on the transition period the inductees are about to go through and how God is needed now more than ever. He spoke on anxiety and the readiness of God in trying situations and  mentioned the fact that as the circumstances grow darker, the light within should  shine forth.

Next, was the induction ceremony held by Professor Omokhodion. She also advised everyone to wait for their time and hold on to God. The inductees were officially inducted into the doctor’s arm of the association. Presentation of certificates was coordinated by Sister Abigail, For people who have worked for the house and all members generally. 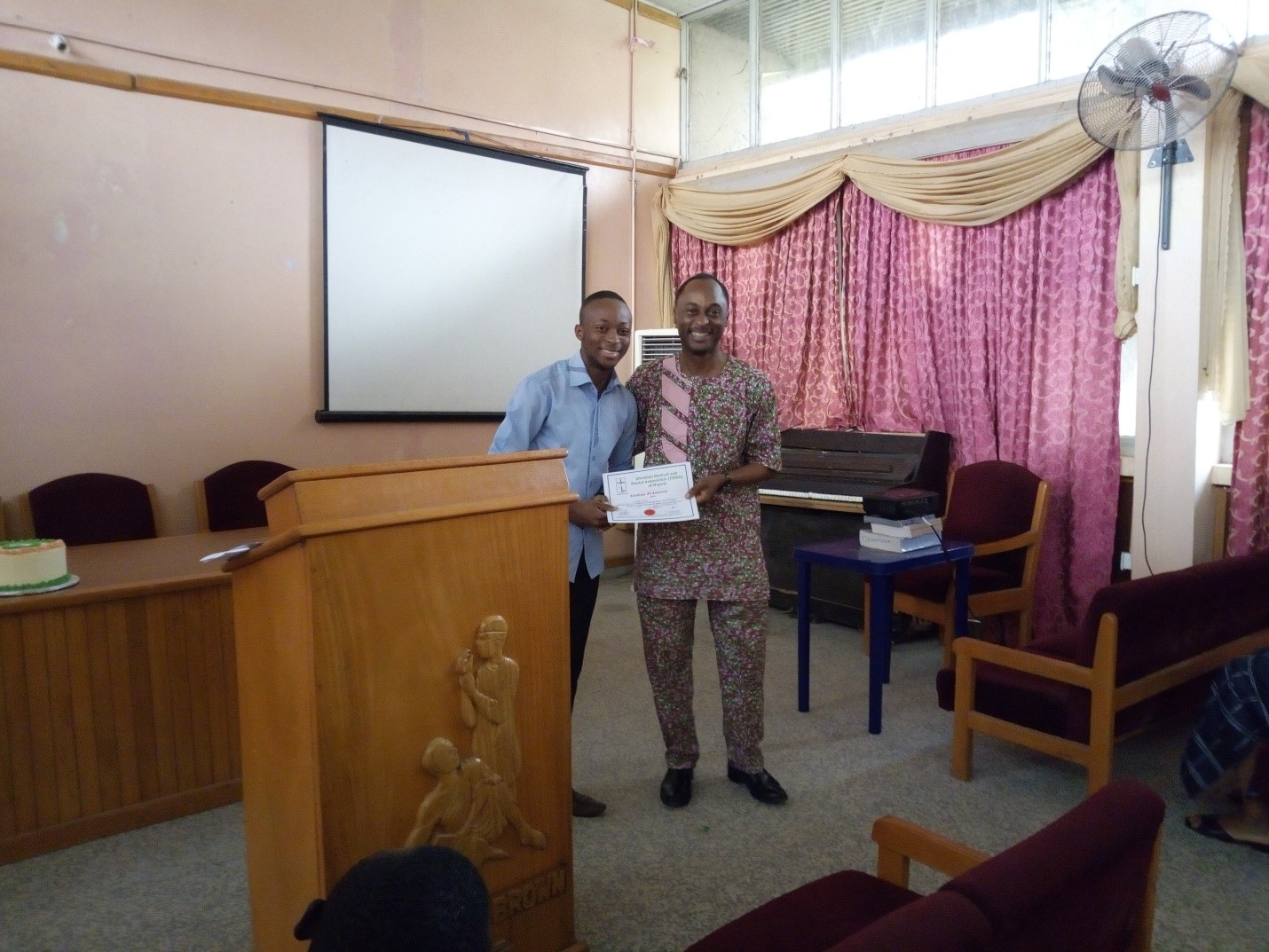 Dr Adeoye advised all inductees to be disciplined as they are going into the real world. Next was the cutting of the cake , which was also coordinated by Sister Abigail.

The inductees were asked to move to the front of the hall where they were prayed for by doctors present at the programme.

It was indeed a great time spent educating the inductees and preparing them for the future ahead.

More Than an Athlete: LeBron James Opens School in His Hometown