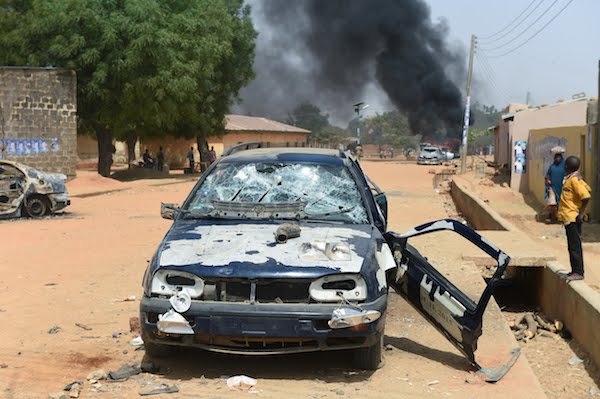 Two people were killed in clashes between rival party supporters in northwest Nigeria, police and local residents said on Friday, on the eve of rescheduled general elections.
The deaths occurred on Thursday in the village of Kofa, some 70 kilometres (45 miles) from the city of Kano, as former state governor Rabiu Kwankwaso travelled to a political rally.
Nigerians go to the polls on Saturday to elect a new president and parliament, a week later than planned because of logistical difficulties in delivering ballot materials. 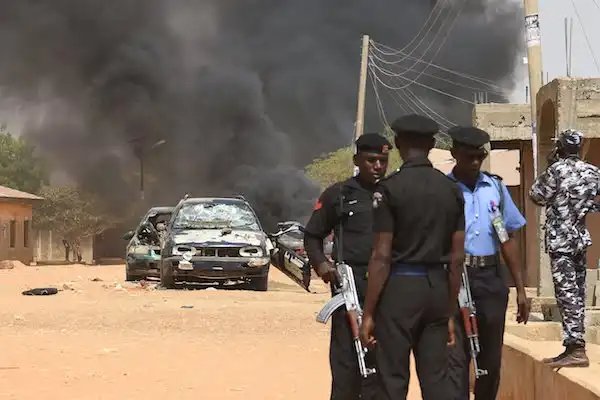 The delay has increased tensions between the ruling All Progressives Congress (APC) and the main opposition Peoples Democratic Party (PDP), stoking fears of violence and rigging
But the deaths in Kano will further heighten concerns about unrest leading up to and during at governorship and local assembly elections, which are scheduled for March 9.
Nigeria’s Centre for Crisis Communication, which comprises representatives from security agencies, on Friday said Kano was one of 12 election flashpoints around the country.
The PDP said Kwankwaso’s convoy was forced to stop by supporters of his former ally Abdulmumini Kofa, who is close to the current APC governor of Kano, Abdullahi Umar Ganduje.
Ganduje was Kwankwaso’s deputy but the pair have fallen out and become bitter rivals since he took office in 2015. Kwankwaso, however, retains a strong following.
Police in Kofa denied local newspaper reports that five people had been killed, telling AFP: “We recorded two deaths and 36 vehicles were burned.”
AFP reporters in the village also saw vehicles on fire near Mumini’s house on Friday morning as well as the burned-out shells of the other cars and motorbikes.
The police death toll was supported by Bebeji local government secretary Mohammed Sani Dan-Arewa, who is close to Mumini. He said: “They killed two of our people.”
He added that four others were injured while the PDP said 10 were wounded, most of them women.
The head of the CCC, retired air commodore Yusuf Anas, warned politicians and community leaders “to advise their subjects against involvement in any activity capable of inciting violence that could have negative effects on the electoral processes”.