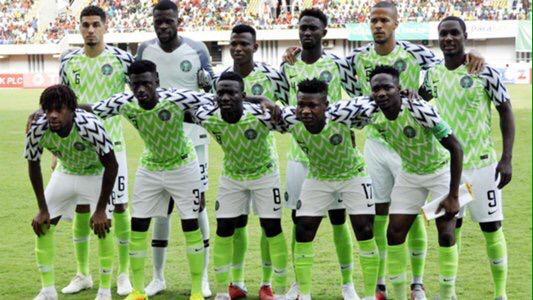 It was the narrowest of victories but a victory nonetheless. Nigeria beat Libya 3-2 on Tuesday night, to climb to the top of their group after South Africa failed to get all three points against Seychelles earlier in the same day.

Nigeria started on the right foot with in form striker Odion Ighalo opening the scoring in the 13th minute after benefitting from a good Musa-Alex Iwobi exchange with the former providing the assist for the striker’s fifth goal in the qualifying campaign.

Moments later, Ighalo returned the favour to Ahmed Musa, providing him with an assist to get Nigeria’s second of the night. Things seemed to go downhill from there for Nigeria as they seemed to lose concentration and were soon punished as Libya pulled a goal back before half time.

The second half did not improve the situation for Nigeria as they appeared to be on the back foot and were clearly being outplayed as they fell victim to attack after attack. The scores were soon level after Benali of Libya got the equalizer in the 74th minute.

Odion Ighalo would however have the final say on the match getting the final goal nine minutes from time to ensure Nigeria continue their 100% record after the world cup.

It’s a victory that puts Nigeria top of their group after 4 games with 9 points, only a point above second placed South Africa, with 2 games to go. Libya is in third place with 4 points while Seychelles is in last place with a point.

INTER MILAN WIN FIRST SERIE A TITLE IN 11 YEARS AS…