Nigeria bullied out of the AFCON final by Algeria 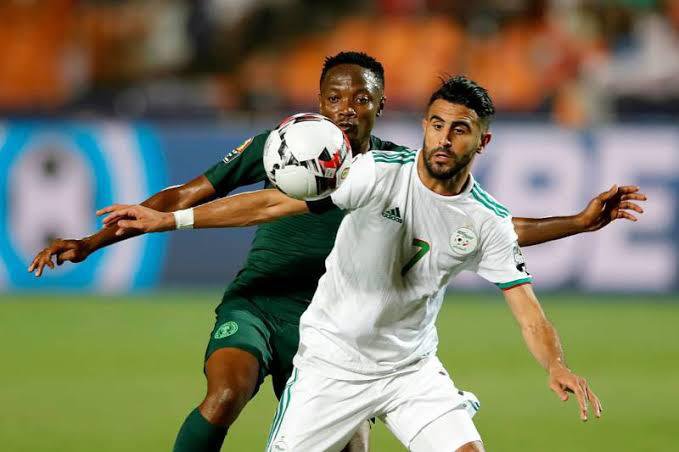 Riyad Mahrez scored a sensational free-kick in the 95th minute as Algeria beat Nigeria 2-1 to seal their place in the Africa Cup of Nations final.

Nigeria faced off against Algeria in the second semifinal of the day. Senegal having already booked their place in the finals, defeating Tunisia by a lone goal in extra time, awaited the winner of the match.

Algeria started the match strong putting pressure on the Nigerian defense and keeping Nigeria’s attack at bay. They were soon rewarded for their efforts. Algeria led thanks to a William Troost-Ekong’s own goal in the first half.

With Nigeria trailing in the second half, they came out with a plan to take the game from Algeria and that they did. Playing with purpose and intent Nigeria took control of the game and won a penalty. Striker Odion Ighalo stepped up and slotted the spot kick home drawing both teams level with one goal a piece. 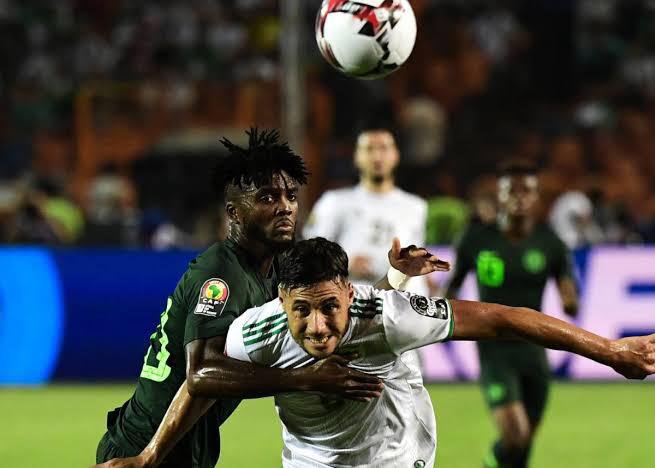 Extra time was looming until Algeria, who have not been to the final since winning the tournament on home soil in 1990, won a free-kick on the edge of the box.

Mahrez, star man for the Desert Foxes, bent the ball around the wall to beat Nigeria goalkeeper Daniel Akpeyi and seal his country a place against Senegal in Friday’s final.

Nigeria will play the third place match against Tunisia on Wednesday 17th July at 8:00pm.