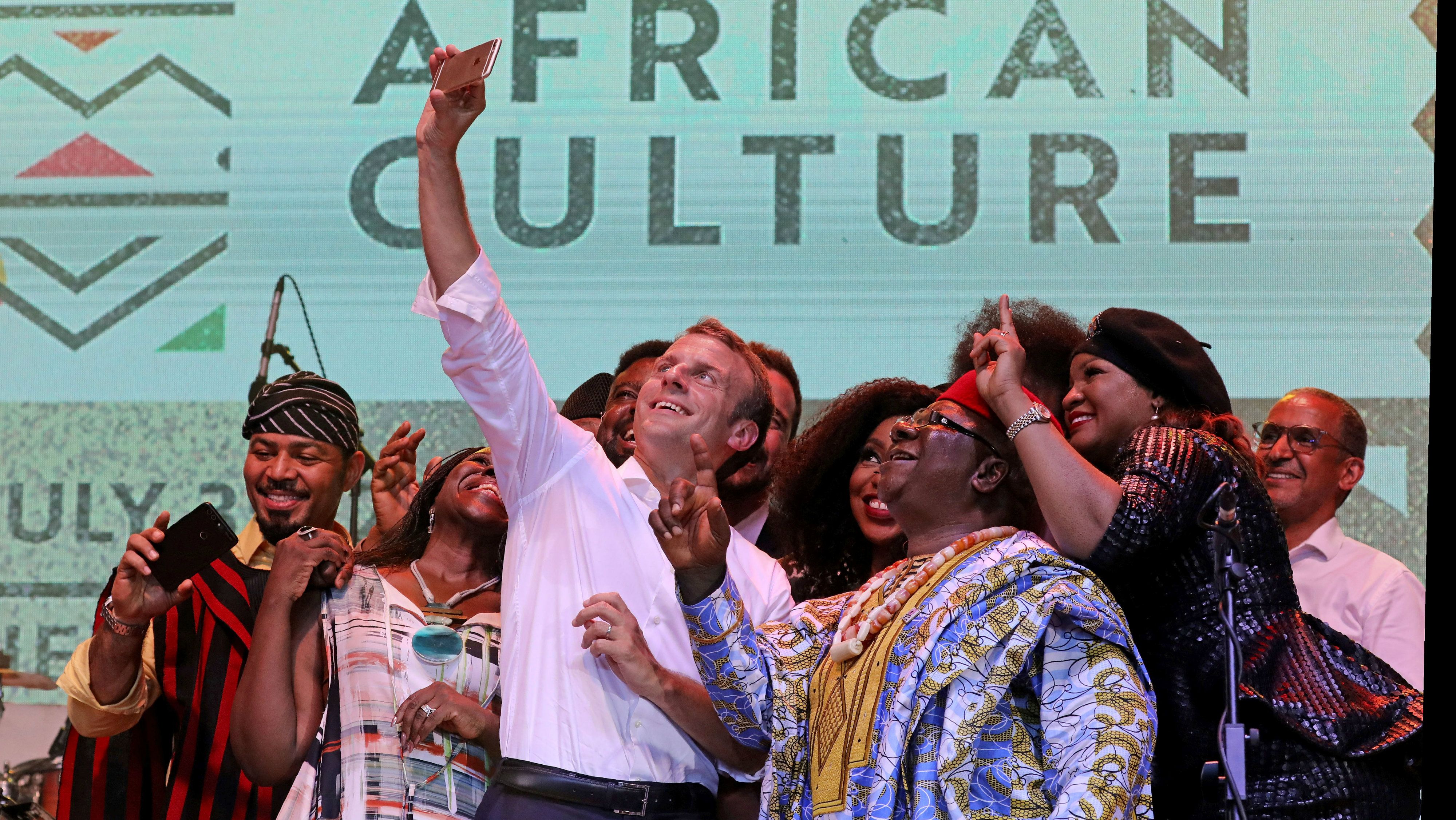 IKEJA, LAGOS – France President, Emmanuel MACRON known for being the youngest France President ever, on a two day visit to Nigeria visited the New Afrika Shrine created by Legendary Afrobeat Musician Fela Kuti.  The venue replaced the famed original – created by Fela – which burned down in 1977. It is managed by the musician’s sons Femi and Seun who continue their father’s legacy through musical and cultural tradition. This visit to the shrine is believed to the first by a sitting president.

The New Afrika shrine is one of Lagos’s most important landmarks. It is a famed open air entertainment centre located in Ikeja, Lagos. It is currently the location for the annual Felabration festival.

It was a night of pomp and glitz as many celebrities from various walks of life were invited to the programme held in the evening. Celebrities like Genevieve Nnaji, Rita Dominic, Yemi Alade, Joke Silva, Banky W and so on, showed up in their best Nigerian wears. It was a great night for Nigerian fashion as African prints(Ankara, Aso one,danshiki) dominated the scenes of the event.

The special event featured a fashion show, musical performance and art display. Classic Fela songs were played alongside contemporary artists, MACRON also shared the stage with Femi Kuti as seen on his page on Twitter. The France President later addressed the audience and spoke about why Nigeria was important for African culture. He said France planned to launch a season of events intended to be “the face of African culture in Europe”. “It will be about a new generation of African artists – for them by them,” he said. Macron has also prelaunched the Season of African Cultures 2020 in France. He also advised Nigerian youths to go into politics.

But what many may not know is that this is not Macron’s first visit to Nigeria(fact check). He has previously served as an intern 15 years ago at the French Embassy in Nigeria. He had also previously visited the shrine on different occasions which he refused to describe in details as “what happens at the shrine stays in the shrine”.

Macron also took time out to visit the French Louis Pasteur high school in Lagos. He also inaugurated the Alliance Francais, a cultural centre in Lagos, housed in a renovated colonial villa and launched in partnership with Mike Adenuga.