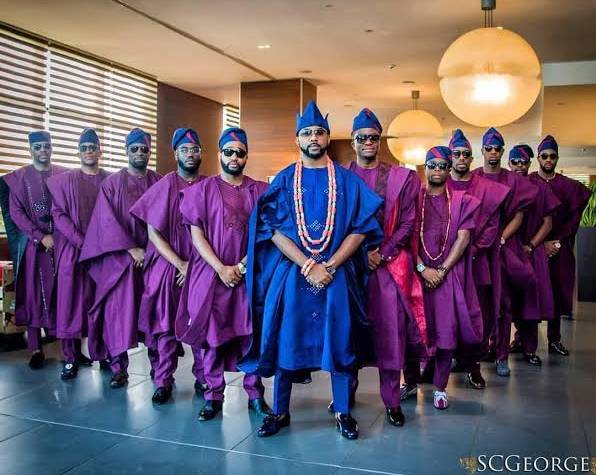 Yoruba Demon refers to handsome men of the Yoruba ethnicity whose skills include playing the female heart and getting away with it. The term gained popularity in the latter 2010s, becoming a major part of Nigerian urban culture. Yoruba Demons are handsome, charming and poised, with smiles capable of disarming even the shrewdest of women. They are rumoured to be so proficient at masquerading as Prince Charming that Prince Charming himself may pale in comparison. The general consensus is when a female, unsuspecting or otherwise, finds herself in the sights of one, it is already too late. The advice from those who have fallen for the façade is simple: run. If he is of the Yoruba tribe, run. The only way to protect yourself is to make sure you don’t need protection. “If he so much as looks Yoruba, run for your life,” they say.

As a female, a Yoruba one at that, I cannot help but wonder why all men of my tribe must be cancelled and what makes Yoruba Demons pernicious. Is being of the Yoruba tribe a contributory factor to becoming a demon? Perhaps, something in the upbringing? Or are the Yoruba ones merely more publicised? And finally, the question women who have fallen do not wish to hear, do they really exist? Or were these women simply gullible? These are important questions women who do not want to fall under their spell, men who aspire to be them, and I ask. I do not have all the answers but I will share what I have been able to glean.

While Yoruba Demons are not always of the Yoruba ethnicity, it appears to be more prominent within the ethnic group. Men from other tribes have been accepted as “Yoruba Demons” but not nearly enough to make up a significant fraction. Many believe it is something in the way they are raised and the company they keep. A high socioeconomic status is a strong predisposing factor. One school of thought states that they acquire their devilry during their juvenile years. It is of the opinion that their interactions with females in their families, and how they are taught to be gentlemen to this group form the building blocks of the skills they utilise in adulthood to wreak destruction. Another school of thought claims it is innate. An attribute they are born with. A sparkle in their eye that makes them attractive and seemingly infallible. One thing both schools agree on is that the end result is a steaming all-you-can-eat breakfast buffet.

For every word that leaves the lips of a Yoruba Demon, you are safe assuming two are lies. Victims caution against letting them speak for they are silver tongued devils. When the question of their existence was broached, the consensus was that they do. It is said that you should be grateful for not having crossed paths with one, rather than calling their existence into question as one might appear simply to prove you wrong and leave unforeseen havoc in his wake. Another source claimed that the only reason you would wonder if they exist is because you have fallen so deeply for their charms that even if they were to confess their transgressions, you would simply excuse them. In the person’s words, “Even if they serve you breakfast, it is your type that will feast and still beg for more.” The consensus is that not only do these men exist, but they are also an unstoppable menace and better women than I have fallen.

The inquiry into Yoruba Demons and what makes a man one was majorly inconclusive. It would appear there is no cut-and-dried manual on Yoruba Demons as of yet. However, below is a list of red flags most doctrines agree on: A Yoruba Demon in full regalia.

If he is Yoruba, handsome and rich, just focus on yourself, sis. Best of luck in your pursuit, ladies and gentlemen, be that to find them, be them or avoid them. May the Force be with you.

P.S In the event that the Force deserts you, I happen to know a good therapist.

The Madhouse by TJ Benson; A Review