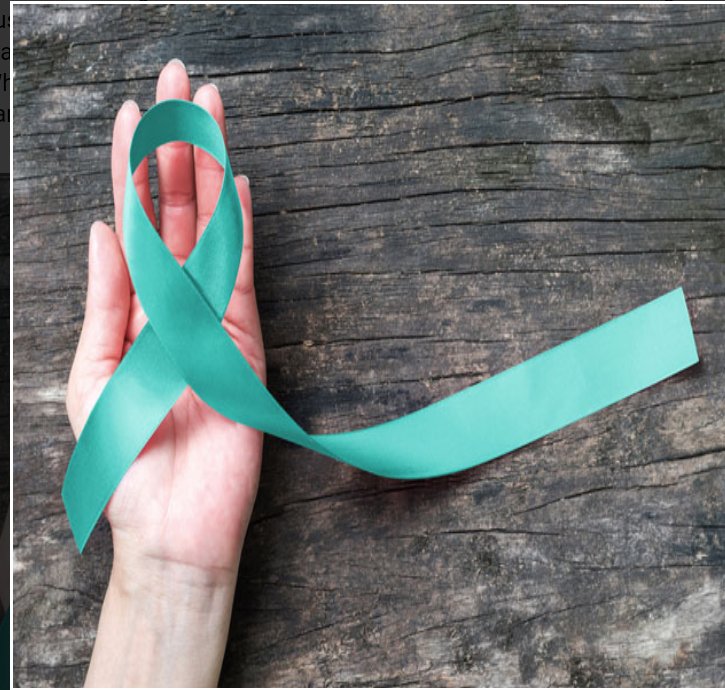 The month of January has been designated by the United States Congress in association with Social Health Association (ASHA) to promote public knowledge about cervical health and encourage more women to go for screenings and get vaccines that prevent the disease responsible for cervical cancer.

Basic Health Facts of the Cervix
The cervix is long with a cylindrical shape,and serves as a passage between the vagina and the uterus.There are two major parts of the Cervix: the ectocervix and the endocervix.The endocervix is the opening of the cervical canal. Squamous cells like the cervix and the endocervix is surrounded by columnar cells. The transformational zone is the region at which these cells meet between the vagina and uterus. The transformational zone is the region of the cervix most susceptible to developing cancer. However, approximately 12,000 women each year are diagnosed with cervical cancer in the United States and if not detected early, it can be fatal. When pre-cancerous cells develop in the cervix they do not usually cause symptoms until the cancer has progressed to a point that is both dangerous and difficult to treat.

Symptoms of cervical cancer include:

1)Pelvic pain unrelated to menstruation
2)Abnormal bleeding, occurring between the menstrual cycle, after sexual intercourse or in postmenopausal women
3)Increased urination and/or pain during urination
4)Pelvic pain not related to your menstrual cycle
5)Abnormal vaginal discharge
It’s important to note that these symptoms for cervical cancer can also be signs in other health conditions.When women detect any of these symptoms early, they should see their gynecologist for consultation.

Steps to prevent HPV and in turn, cervical cancer

1)Get the HPV vaccine
Gardasil and Cervarix are two major forms of the HPV(Human papilloma Virus) Vaccine and they help to protect against HPV types 16 and 18, which are major causes, approximately about 70% of cervical cancer cases. Gardasil 9 is a new vaccine which helps to, 1 protects against seven more strains of HPV, thus covering those that lead to about 80 percent of cervical cancer.These vaccines are recommended in two doses for both boys and girls between the ages 11 to 14 but can be administered until the age of 26.
“It’s preferable that young people are vaccinated before they become sexually active,” White-Corey said, “but even if they are already active, they can still get the vaccine to protect against a strain of HPV that they have not yet come into contact with.” “Too often parents chose not to allow their children to be vaccinated because they fear that it could encourage promiscuity or believe the vaccine isn’t safe,” White-Corey added in a publication on cervical cancer awarenesses. “Those are irresponsible misconceptions with no substantiating evidence.”

2)Get regular Pap smears
Pap smears are routine pelvic investigations carried out by a health care provider, who will examine the cervix and scrape cells from its surface to be tested at the lab with a cytology screening.
Pap smears are highly recommended for all women, beginning from age 21. “The recommendation used to be to begin screening when a woman became sexually active, even in her teens,” White-Corey said. “However, scientists discovered that too many unnecessary cervical procedures for teen women were associated with preterm birth.” Scientists also discovered that if a teen woman contracted HPV, her body was often able to heal the infection without treatment.
It’s essential for women in their 20s to be screened every three years, and women in their mid 30s to late 60s (30 to 65) should also be screened and tested for HPV every five years. Cervical cancer is slow to grow, so regular screenings should catch any cell changes before they become cancerous. The median age for women diagnosed with cervical cancer is age 49. It is partly due to the slow-growing nature of the cancer that screening is not recommended for women over 65 years old.
The disease is not one of heterosexual women alone. Women with female partners can also contract HPV, potentially leading to cervical cancer. “

3)Practice safe sex
It’s essential for every individual to practice safe sex by limiting multiple sexual partners and using protection, like condoms, can significantly lower the risk of exposure to HPV and reduce the risk of cervical cancer.
“One major fact we know about cervical cancer: the number one cause is HPV, and the best way to get HPV is to have a number of sexual partners,” White-Corey said. “We know that nuns tend not to get cervical cancer because they’re abstinent.”
Early signs of cervical cancer may include unusual vaginal bleeding or discharge, pain during intercourse or pain in the lower belly or pelvis. “You get cervical cancer by having a lot of partners, not practicing safe sex and not getting your Pap smears,” said White-Corey. “Be open with your health care provider about your health and sexual history. Because of the simple steps it takes to prevent cervical cancer, the very slow growth rate of the cells and the improvements for treatment, few women should ever die from it.”

4)Smoking
Smoking has been linked to an increased risk for cervical cancer.
The fact is not definite yet but some experts believe that an extreme intake of carcinogens from smoking tobacco may inhibit the body’s ability to fight HPV infections.
Quitting tobacco will not totally eliminate the risks and health hazards from smoking, but each day without tobacco is found to help reduce the risks of many cancers .